Top > Birds > Two Japanese Crows of city: Features and differences of them 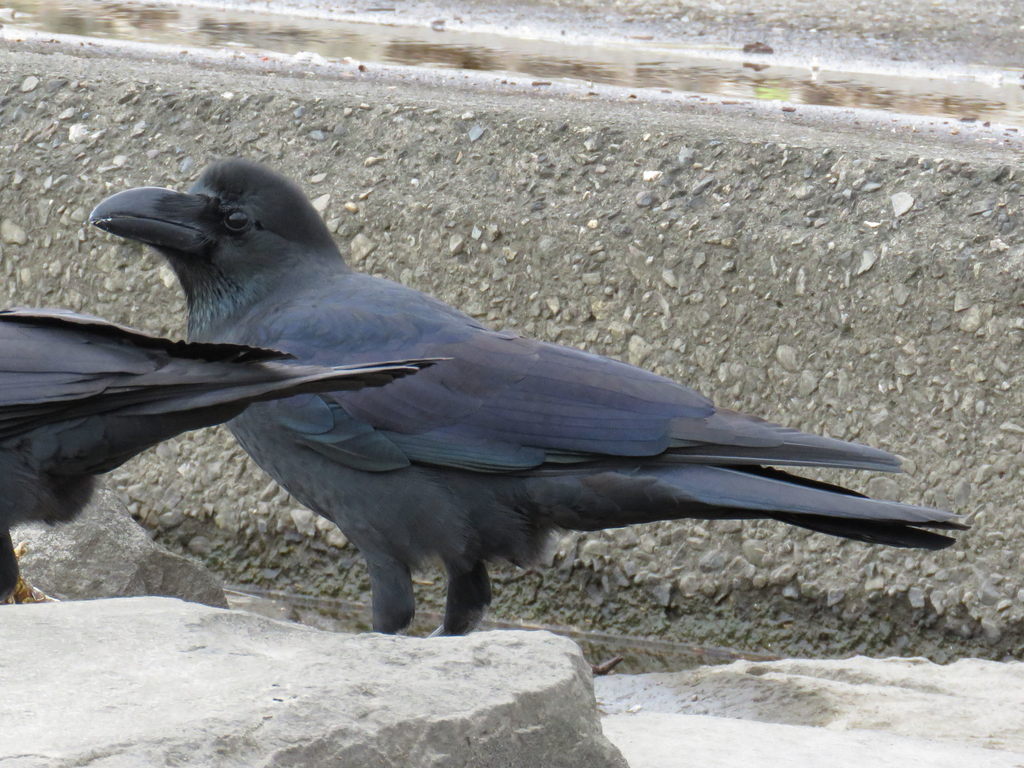 I see big crows in the city of Japan!

What birds are they?

There are 2 of big black Crows in the city of Japan.

However, many Japanese people have a bad image of them. Because these crows sometimes waste the garbage and intimidate people.

But they are brainy, cool and beauty, too.

So, I'll introduce their features and differences below.

Two Crows in the city of Japan

Also, they have some features below.

・ Forehead is rises.
・ The body color is bluish-black.
・ Hop when came down to the ground.
・ Having clear voice.

Large-billed Crow originally lived in forest. But, they adapted to the city recently. So, we frequently see them in the city. 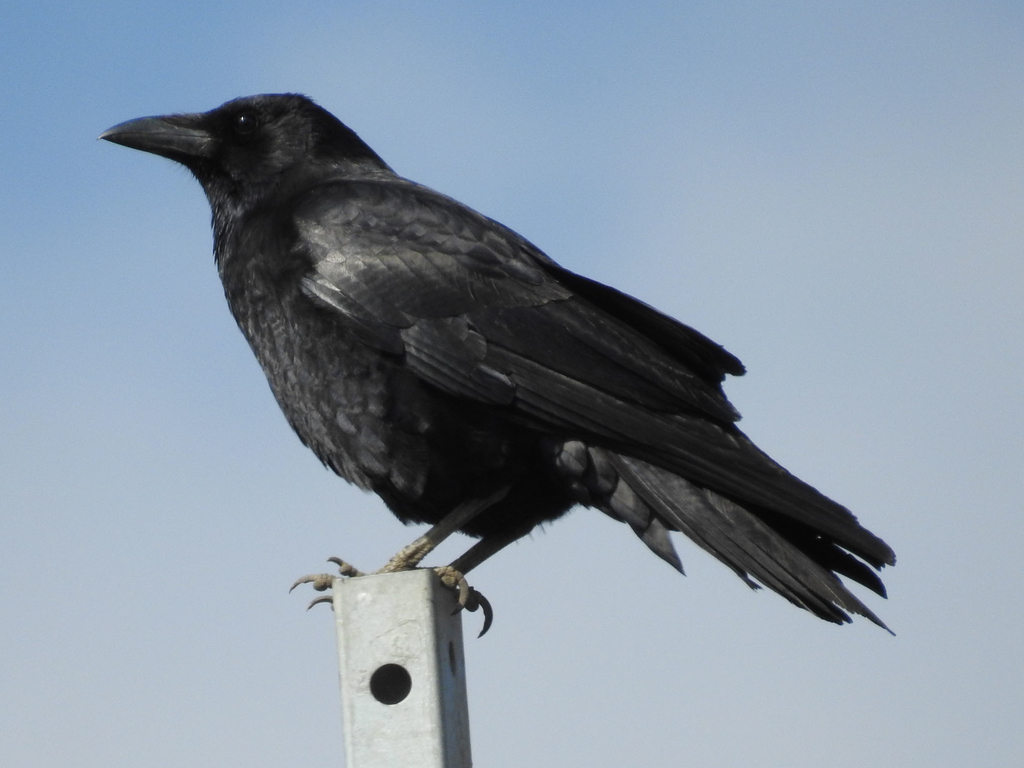 Also, they have some features below.

・ Forehead is flat.
・ The body color is jet-black.
・ Walk when came down to the ground.
・ Having guttural voice.

Carrion Crow likes likes the open space. So, they lives in farmland. Therefore, we meet them at suburban and not city.

FYI, Carrion Crow is very brainy bird. For example, they sometimes drop walnuts in front of the car to break nut-shell. They are using artifacts!

Summary of the difference between Large-billed Crow and Carrion Crow

I have been to some other countries and enjoyed Bird-watching. (Taiwan, Malaysia, New Zealand, and so on)

I could meet small crows like "Taiwan Magpie" in Taiwan. But, I could not meet big crows. 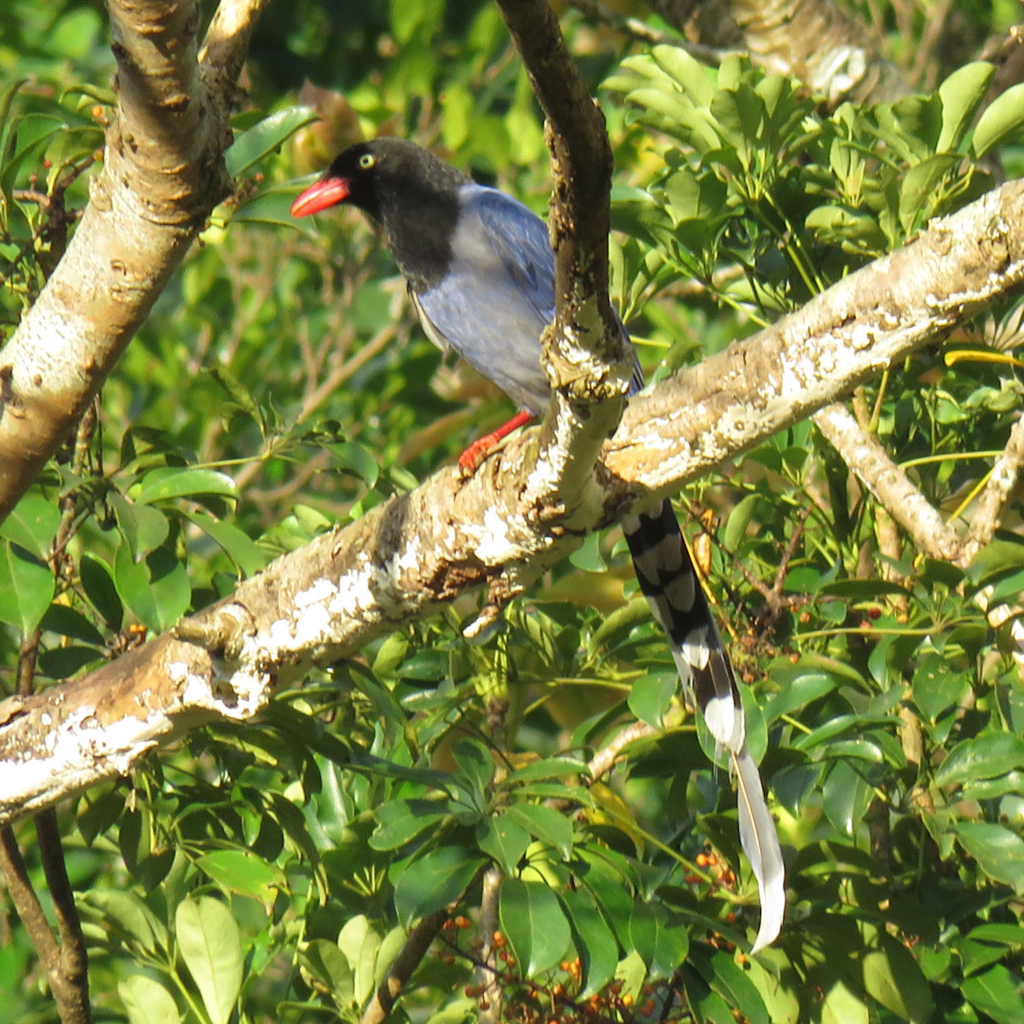 But we can meet big crows easily in Japan. That's unusual environment all over the world.

Black crows are appeared on myth

Black crows are disliked from Japanese people now. But they appeared on a number of myths.

For exapmle, they appeared "風土記" that is Japanese myth. In that myth, the crow is called "八咫烏 (Yatagarasu)". Yatagarasu directed the emperor who got lost.

Crows also appear on a Chinese myth and so on.

In this way, they were also being respected from people until now.

We can meet 2 big black crows in city of Japan.

Many Japanese people have a bad image of them. But, they have interesting features and the histories of connection with people.

« Japanese Sparrows: Most familiar bird. … White-check Starling: Why they are trea… »
Profile